The New Zealand All Blacks and Nokia led the way in their respective fields for many decades.  In 1987 the All Blacks claimed the first rugby world cup while in the same year Nokia developed the first handheld mobile phone.

Throughout the 1990s the All Blacks continued to be a formidable team but were unable to reclaim their status as world champions.  Nokia’s progress was steady until 1999 when its share price tripled in value. 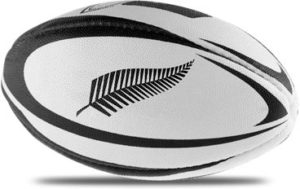 “We succeed or fail, gradually then suddenly, one conversation at a time”
Susan Scott

The turning point came for both organisations in 2007.  The All Blacks were knocked out of the 2007 world cup by France.  Their journey to success began with honest conversations which were followed up by changing their approach to performance.  Rather than putting pressure on the team to improve 1 thing by 10% they decided to improve 10 things by 1%. From this daily practice their winning ratio went from 75% to over 90% helping them to win the 2011 world cup and defend it in 2015.

In 2007, the Apple iPhone arrived on the mobile market.  Despite Nokia holding a healthy 48% market share its competitors were moving quickly on a new trend towards touchscreen technology in smartphones.  Unfortunately, Nokia didn’t embrace the market feedback and their gradual decline became sudden in 2008 when Apple’s sales grew 300% while Nokia’s fell 3%.  The market had shifted, and Nokia’s competitors had taken full advantage.

1% actions can make a significant difference to performance – gradually then suddenly.

Creating momentum 1% at a time